What’s the Difference Between Smart Glass and Smart Film?

What’s the Difference Between Smart Glass and Smart Film?

Composition
Smart glass, also known as switchable privacy glass, is a type of glass that can be controlled with a switch or remote control to instantly change from transparent to opaque and vice versa. This type of glass contains liquid crystal molecules between two layers of glass, which align to block incoming light when powered and become clear again when the power is off.
Smart film, on the other hand, is composed of a thin and flexible polymer film embedded with a network of electrical wires. This network of wires is attached to a power source, allowing it to adjust its transparency levels by releasing an electric current. When the current is running, the film becomes transparent and when the current is off, the film becomes opaque.

How they work
Smart glass and smart film are two products that employ pdlc (Polymer Dispersed Liquid Crystal) technology to create switchable glass. This technology uses liquid crystals suspended in a transparent film, which when energized with an electric current, causes the molecules of the liquid crystal to align, creating a clear or opaque window. When an electrical voltage is applied to the smart glass or film, the liquid crystals move into a scattered pattern, making the window dark. Conversely, when the electrical voltage is removed from the smart glass or film, the liquid crystals move back into alignment, allowing light to pass through and making the window clear again. Thus, this technology allows for dynamic control over the level of transparency in a window or panel, enabling users to switch between a transparent and non-transparent state as needed.

Advantages
Smart glass and smart film both provide convenience, control, and privacy for your space. Smart glass has the additional advantage of being able to switch between different levels of transparency and opacity with the push of a button. This makes it ideal for commercial applications where multiple people may need to use a space with varying levels of privacy. Additionally, smart glass companies often offer a variety of finishes and frame designs, making it easier to customize the look and feel of your space.
Smart tint film, on the other hand, is much more cost-effective than smart glass and is also simpler to install. Additionally, it provides a slightly higher level of privacy than smart glass, as the tint can be adjusted to block out light from all angles. This makes it perfect for any residential or commercial application where total privacy is desired. Smart tint film also does not require power to operate, meaning that it can be installed without the need for electrical wiring.

Conclusion
Smart glass technology has been revolutionizing the way we think about home interiors and exteriors. Switchable glass, also known as PDLC film, has an array of advantages over traditional glass, such as its ability to easily switch from transparent to opaque at the flick of a switch. It offers privacy, energy efficiency, and a modern look that is sure to be appreciated for years to come. Smart glass for homes is ideal for areas where privacy and light control are desired, such as bedrooms, bathrooms, and home offices. With its durability and versatility, smart glass is a great way to add value to any home or business. 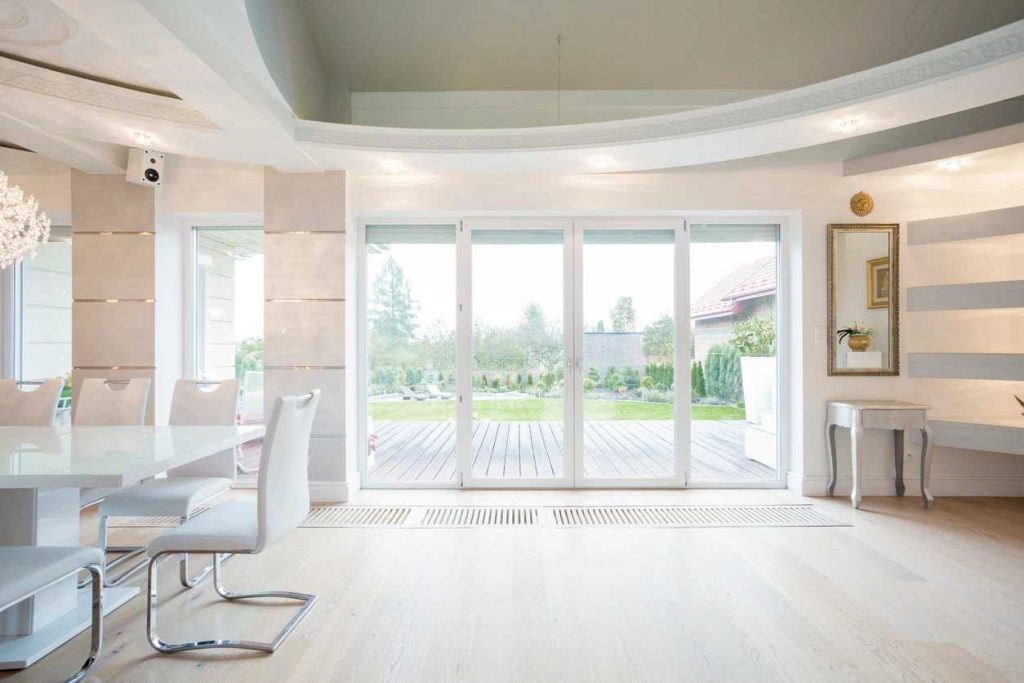 PrevPreviousMake your company stand out with smart glass!